The gender equation; time to revisit or maybe first do the maths? 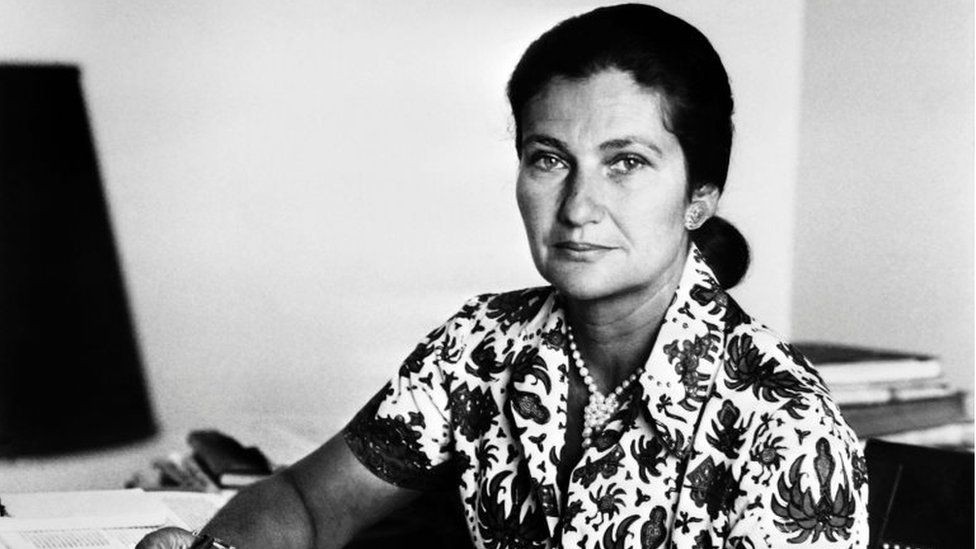 "My demand as a woman is that my difference be taken into account so that I am not forced to adapt to a male model" Simone Veil, French politician.

Should both sexes have equal rights? Provocative question, to say the least. The answer, if there was ever a need of having one, is clearly yes and this is no less than a given reality, at least in western societies. To speak about human rights and their progression in the last decades would be too ambitious for me, if not completely unnecessary, as this would require a scientific depth that few of us have, unless a sociologist or behavioral scientist.

What we could do, however, would be to narrow it down to the area that we seem to have a better comprehension of, the workplace. And when we talk of a workplace, there is no better way to bring it down to a more solid metric such as the actual skills of each gender.

So, do both sexes possess equal skills?

One could say that they might as well, as certainly, both sexes do have the same potential, but there seem to be clear tendencies that differentiate their skill sets. Whether these tendencies are biological or social makes little difference if we narrow down the conversation in the ability of sexes to excel in business. Under this approach, we could agree that 2 sexes are equal and with the same potential, but with different strengths in skills. Let now follow this assumption, by turning it into the key question.

Which gender is set to perform best in the competitive management model that most companies now have?

We would have to say men, at least when it comes to a typical “autocratic leadership model” – this seems to be favoring men. In the end, it’s not only the leaders, it’s the models themselves, the way that industries are competing and doing business, under fierce competition, relentless efforts, work-life balance to the drain, creating a war-like environment for the people that want to pursue their careers.

And gender quotas are clearly not the answer here to make the models more women-inclusive, they will not work by themselves, as this is not a matter of finding harder women to get the tough ones that could do the job like men do. It’s a matter of changing the model by integrating some of the merits women possess, this is how equal chances are given, not by putting in more, rather than making work a better place for all.

This is how we can create equal opportunities across gender, by putting the best of both in the business model equation.

By changing the governance model to a more inclusive, empathetic one. By pushing the agenda for the adoption of more human-centered governance models, we will soon obliterate any need for quota, all these artificially introduced catalysts. Because change needs at first the right ingredients, not the catalyst alone. This is how women will be able to stand out naturally because of their skills.

To wrap it up, under this approach, to make the governance model more women-inclusive, it has to be changed to a more empathetic one, like the “empathy” model that Satya Nadella brought to Microsoft, turning the discussion from the quota that would eventually bring a change in business culture through more women numbers, to the adoption of a “both gender-inclusive management style” in business.

The bad news is coming up though, as the percentage of women in senior leadership roles in businesses has remained relatively steady, with only 4.9% of Fortune 500 CEOs and 2% of S&P 500 CEOs being women. Moreover, there is a clear under-representation of women as startup founders.

According to a Harvard Business Review analysis, this is even harder to comprehend, as maths are telling quite another story: women are perceived by their managers -particularly their male managers- to be slightly more effective than men at every hierarchical level and in virtually every functional area of the organization. That includes the traditional male bastions of IT, operations, and legal.

Women are also rated as excelling in taking initiative, acting with resilience, practicing self-development, driving for results, and displaying high integrity and honesty. In fact, they were thought to be more effective in 84% of the competencies that we most frequently measure.

While men were rated as being better on two capabilities: “develops strategic perspective” and “technical or professional expertise”.

And last but not least, interestingly enough, our data shows that when women are asked to assess themselves, they are not as generous in their ratings. When we compare confidence ratings for men and women, we see a large difference in those under 25. It’s highly probable that those women are far more competent than they think they are, while the male leaders are overconfident and assuming they are more competent than they are. At age 40, the confidence ratings merge. As people age their confidence generally increases; surprisingly, over the age of 60 we see male confidence decline, while female confidence increases. According to our data, men gain just 8.5 percentile points in confidence from age 25 to 60+ years. Women, on the other hand, gain 29 percentile points. One note: This is what we see in our data though we recognize that there are studies that come to different conclusions on whether women truly lack confidence at early stages in their careers.

So where does this leave us?

Should we change the model or not? Women seem to be perfectly fit for the business, so no real need there, but on the other hand, the maths don’t work as they remain underrepresented and, even worse, lack confidence, at least in the biggest part of their careers.

There are of course many factors that contribute to this lack of women at senior levels, but it seems that the prevailing ones remain the cultural biases against women and stereotypes, that have proven too resilient to die. People do still believe that many women elect not to aspire to the highest ranks of the organization and take themselves out of the running, while unconscious bias places a significant role in hiring and promotion decisions, which also contributes to the lower number of women in key positions.

For an organisation that really wants to change things, such as Pobuca, this can definitely not be a piece of cake. Simply because, besides quotas and different leadership models it all comes about the need of reshaping the core culture of an organisation, a truly up-slope process, to the inner direction, that could find ourselves challenging our fundamental beliefs for quite a while.

If we pull it through, it will clearly pay off in the long run, as we will have built a management model that includes the best of both, as equal and diverse as ever.

This has been and is our goal regarding diversity in Pobuca is to build an all-inclusive business culture and management style. And as in Pobuca, women represent 50% of our management and founders teams, we strongly believe that gender diversity has been successfully put in the equation, playing a key role to our success, as a matter of leadership perspective – not a skill competition.

And may we say, feeling somehow proud that by building an “all-inclusive” management style we give both genders equal chances to succeed. Still, a lot to learn, but certainly in the right direction already to keep walking..